Geoffrey is a contributing writer and a community SwitchCat.

The Nintendo Switch is finally upon us, and while fans are busy exploring Breath of the Wild, there’s some concern about how much content there will be to enjoy going forward. Past Nintendo platforms have suffered software droughts following their launches (3DS and Wii U especially), not just from lack of 3rd party support, but from Nintendo itself. Will this time be any different?

To find out, I’ve examined Nintendo’s roster of 1st and 2nd party development teams to see who could be working on new Nintendo Switch games, and what those games might be. The 3DS is still an active platform, but it’s aging, and there’s every reason to dedicate as many resource 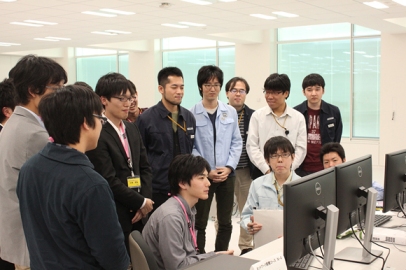 s as possible to supporting the Switch. If things go right, the stars could finally align over Nintendo’s new hybrid platform.

For reference, here’s Wikipedia’s list of Nintendo development teams. A few things to note: In 2015, Nintendo restructured their in-house teams together into one division; I’ll keep things simple by referring to them based on their past works. The list also excludes a few frequent development partners, while including teams that work on hardware or otherwise don’t create their own games. Nintendo has a partnership with DeNA to help develop their mobile games, presumably easing the strain on other teams.

First are the teams whose current projects are accounted for. Arms, which launches this spring, is from the team behind Mario Kart, and they’re unlikely to have another game ready anytime soon. The Zelda team is now developing DLC for The Legend of Zelda: Breath of the Wild, while the 3D Mario team is finishing up Super Mario Odyssey. Zelda co-developer Grezzo’s upcoming project is the 3DS game, Ever Oasis, and Monolith Soft’s Xenoblade Chronicles 2 is currently slated for holiday 2017. However, this is just a fraction of Nintendo’s development muscle.

While the makers of Animal Crossing and Splatoon are hard at work on Splatoon 2, they’re also one of Nintendo’s most active teams, often releasing two titles in a single year. It’s been quite a while since we’ve gotten a new mainline Animal Crossing—could the upcoming Animal Crossing mobile game could be a hint at more to come? Nintendo has talked at length about using their IP on mobile to promote games on their own hardware (a feat Pokémon Go accomplished last year). Fire Emblem Heroes is headlining multiple new games in its series, and Animal Crossing could get a similar treatment. We can only speculate, but either way, team Animal Crossing should be ready to show off a new game soon.

Similarly, the 2D Mario team —also known for working on Pikmin—is due for a new game following Super Mario Run. A new 2D Mario should materialize eventually, but it’s not the only prospect. They may or may not be 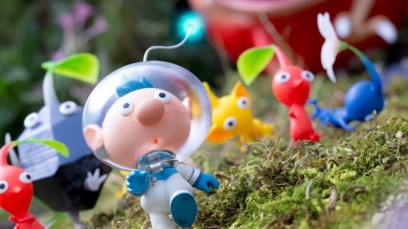 handling the new Pikmin 3DS game, and there’s also an active rumor regarding “Pikmin 4.” Other rumors point to Super Mario Maker on Switch.

Rounding out Nintendo’s big in-house teams is the makers of WarioWare, Rhythm Heaven, and Tomodachi Life. Their last game was Miitomo, released a year ago. Nintendo also has a couple of experimental teams that recently produced 1-2 Switch and the 3DS eShop game Tank Troopers. What their next projects will be is anyone’s guess.

When it comes to outside teams, the gorilla in the room is Retro Studios, the studio behind Metroid Prime and Donkey Kong Country Returns. They started a new project as of 2014, but things have gone dead quiet since then. Some fans think they’ll return to Metroid or Donkey Kong, while others hope they’ll revive a dormant series like F-Zero, or create a new IP.

Intelligent Systems is similarly well-known for Paper Mario, Fire Emblem and Advance Wars. The Fire Emblem team has their hands full, and a new Paper Mario already released last Fall. They’ve also had time for games like Pushmo and Codename S.T.E.A.M., so an upcoming Switch title isn’t out of the question. Kirby developer HAL Laboratory always has a new game up its sleeve. The pink puffball could head right for the Switch, or stick around to support the 3DS.

The world of Pokémon is abuzz with rumors about a Switch game currently being called “Pokémon Stars,” but one last 3DS title from Game Fr

eak is still possible; Pokemon Black and White 2 hit the DS quite late, after all. Meanwhile, fellow Pokémon developers Creatures, Inc. and Ambrella usually have spin-offs in the works.

Finally, Nintendo has a slew of teams best known for Mario spinoffs, including Nd Cube (Mario Party and other board games), Nintendo Software Technology (Mario vs. Donkey Kong), AlphaDream (Mario & Luigi), and Camelot (Mario Golf and Tennis). All four of these teams are well-positioned to release a game in the next year or so (though Camelot recently co-developed Mario Sports Mix).

In total, that’s up to 14 potential new games from 1st and 2nd party Nintendo developers, most of which are likely to be Switch projects. And that’s before considering 3rd party partnerships (Hyrule Warriors, Smash Bros. 4, Star Fox Zero, etc.)! Although a percentage of these titles may be for mobile or 3DS (or run into development trouble), there’s still a bounty of content waiting in the wings.

With no 3DS successor in sight, the Switch is set to receive a level of love and attention past Nintendo hardware could only dream of. New announcements can’t come soon or often enough.

One thought on “Where Are the Games? A Look at Nintendo’s Active Dev Teams”